Construction by the Civilian Public Service

The Civilian Public Service (CPS), made up of conscientious objectors during World War II, engaged in various projects across the country, similar to the Civilian Conservation Corps. Workers from CPS Camp #37 near Coleville, California, constructed Piute Cabin, as detailed in their newsletter:

Piute Meadows is a green grassy meadow at 8500 feet elevation in the back country of the high Sierras [sic], 13 miles from civilization, accessible only by foot or horse-back. The meadow has a crystal clear stream winding thru it, with beautiful sand and gravel bars, and teeming with lively trout. It is surrounded by majestic Jeffery and Lodge-pole pines, which extent up the mountain side for about 2000 feet and then give way to the rocky peaks that ruse [sic] up sharply. These peaks are topped with snow from one season to another. This lovely country has a strange reverence about it that cannot be adequately described. -- Here in this spot, during the late summer of ‘42, about 10 men began to fell trees and to lay a foundation for an over-night cabin. After about two months of steady hard work, enough logs had been cut and peeled for the construction of the cabin. These were to age for a season or two before building. The foundation was laid, and all was in readiness for the following year. The work was all done by hand, including the toting of the long Lodge-pole pine logs. Work was well supervised and quite efficiently done. The men took pride in their work. The attitude was one of the best of any projects that I have been on or had contact with. The beauty of the surrounding area, and the fact that we enjoyed “roughing” it, probably had a lot to do with keeping up the moral of the men.[3]

Note: if you view the source, you’ll see the newsletter is fully justified. After some online research, I can’t find any best practices about doing this on a manual typewriter. My best guess is that because manual typewriters use monospaced fonts, they simply counted out the characters that they wished to appear on each line (based on the maximum number of characters per line the typewriter/page allowed), and added spaces to achieve a consistent number of characters per line. Or… maybe they just eyeballed it, though because sometimes the extra spacing appears early in the line, the spacing seems pre-planned.

Use of Piute Cabin

Piute Cabin is still, officially at least, a Forest Service administrative site, and has only ever been used by Forest Service personnel.[4] Though there was a seasonal backcountry ranger station in Piute Cabin in the 1980s and 1990s, there’s now no longer enough funding or sufficient program emphasis to place someone there all summer long.[5] Until a few summers ago (as of 2019), the cabin had sporadic use and is now usually vacant.

That said, the Forest Service does have cabin rental programs in other National Forests, and the fees from such programs help pay for heritage preservation. While the Forest Service does archeological surveys ahead of projects in order to protect sites, many years there is no money left over to care for remote resources like Piute Cabin. The last year that the Forest did any significant maintenance at Piute Cabin was 2012. 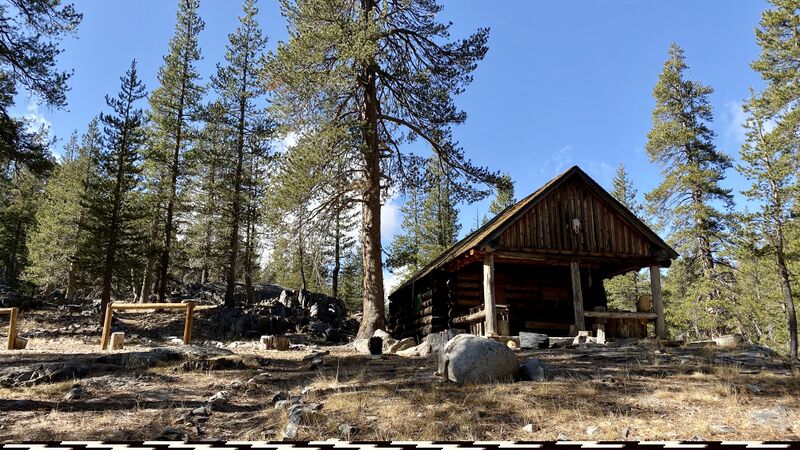 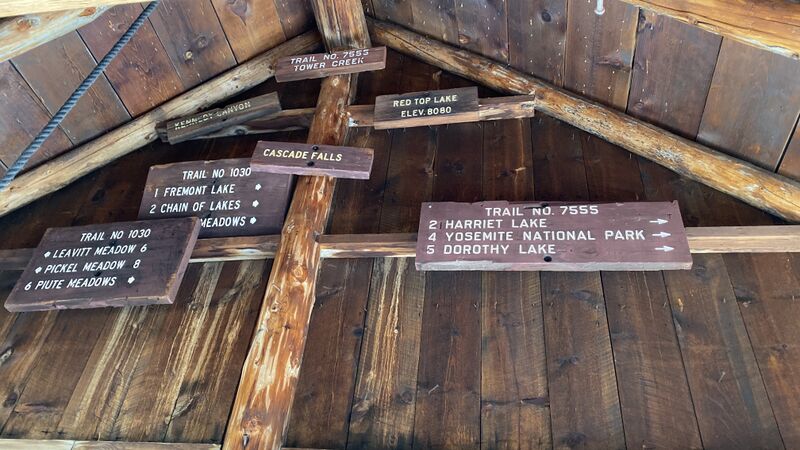 Various signs hung up below the eaves extending over the porch. Note the “TRAIL NO. XYZ”. I don’t know if that’s a Toiyabe National Forest thing, or an out of date thing or what, but I’d never seen trail signs using trail numbers before, and didn’t notice any on the hiking in. 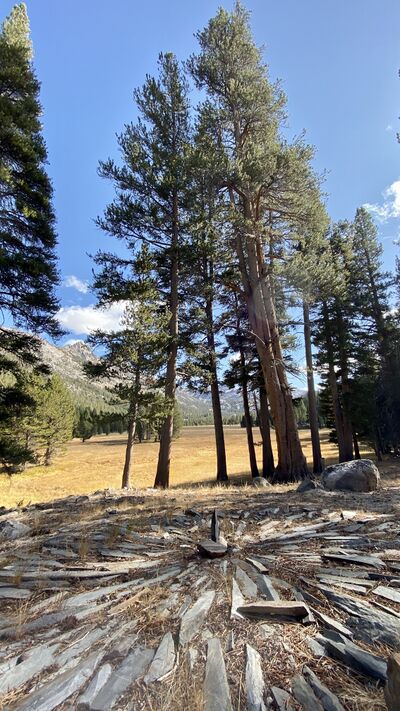 Sundial or other rock design in front of Piute Cabin 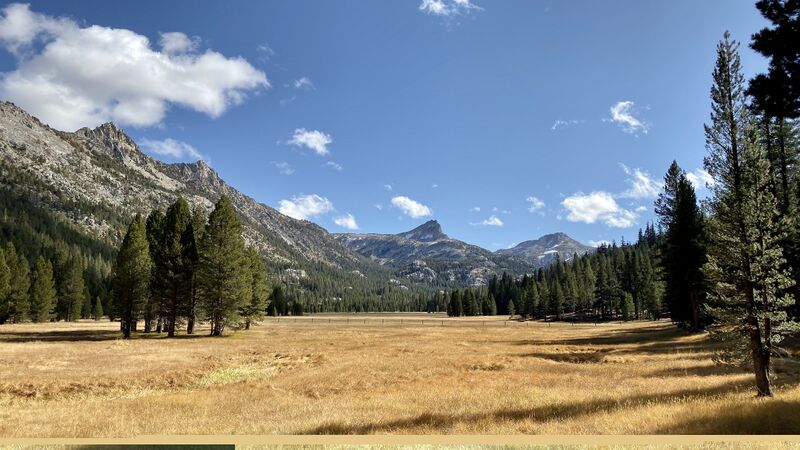